Published on: Sep 21, 2021 02:38
Punjab Kings (PBKS) and Rajasthan Royals (RR), two consistently under-performing sides in the IPL, will go into battle in Match 32 of IPL 2021 at the Dubai International Cricket Stadium on Tuesday. The story was no different for the two franchises in the first half of the tournament as well as they were struggling for relevance.
Tags:   Indian T20 League 2021,  Punjab XI vs Rajasthan XI, 32nd Match at Dubai, Sep 21, 2021,  Punjab XI,  Rajasthan XI,  IPL

Published on: Sep 20, 2021 03:42
Kolkata Knight Riders (KKR) will face Royal Challengers Bangalore (RCB) in match 31 of IPL 2021 at the Sheikh Zayed Stadium on Monday. KKR had a forgettable run in the first half of the season held in India, winning only two of their seven games. RCB, on the other hand, were highly impressive. In fact, they were table-toppers at one stage before losing their way a bit. Still, they were third in the points table, with five wins from seven games, when the event was halted.
Tags:   Indian T20 League 2021,  Kolkata XI vs Bangalore XI, 31st Match at Abu Dhabi, Sep 20, 2021,  Bangalore XI,  Kolkata XI

Published on: Sep 19, 2021 05:59
Royal Challengers Bangalore (RCB) captain Virat Kohli has stated that the inclusion of Sri Lanka cricketers Wanindu Hasaranga and Dushmantha Chameera will boost the franchise ahead of the UAE leg of IPL 2021. Hasaranga and Chameera were named as replacements for Adam Zampa and Daniel Sams, who will be unavailable for the second half of IPL 2021.
Tags:   Indian T20 League 2021,  Bangalore XI,  Royal Challengers Bangalore,  Virat Kohli,  Pathira Vasan Dushmantha Chameera,  Pinnaduwage Wanidu Hasaranga De Silva 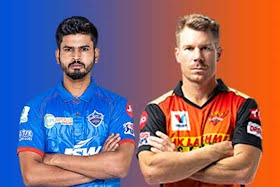 Sep 21, 2021: It will be the battle of the top and bottom ranked teams in Match 33 of IPL 2021 at the Dubai International Cricket Stadium in Dubai on Wednesday, September 22. Delhi Capitals (DC), who are at number two in the points table will take on Sunrisers Hyderabad (SRH), who are placed last