Latest News
Mohammad Amir trying to blackmail others with his statements for comeback: Danish Kaneria 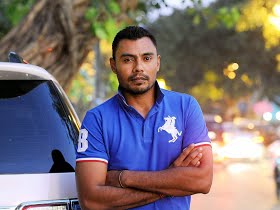 Former Pakistan spinner Danish Kaneria has lashed out at retired pacer Mohammad Amir, alleging that he is trying to blackmail others with his statements to make a comeback into the team. Amir, who has been constantly critical of PCB, claiming they forced him into early retirement, recently stated that he is hoping to receive British citizenship in the future.

I felt anxiety for 10-12 years, had many sleepless nights before a game: Sachin Tendulkar

Former India batsman Sachin Tendulkar has said that he had anxiety issues for more than half of his international career. The Indian legend revealed that ...

After Cameron Bancroft hinted that bowlers were in the know of the 2018 ball-tampering scandal in Cape Town, Cricket Australia (CA) said that it is ...

We have to fearless cricket to win matches: Kusal Perera