If I call somebody 'sir' on social media, it's a sign of respect: Eoin Morgan

England's limited-overs captain Eoin Morgan has claimed that he used the word 'sir' as a mark of respect in his old Twitter posts that recently went viral in the wake of the Ollie Robinson controversy. Morgan and wicketkeeper-batsman Jos Buttler were accused of mocking English spoken by Indians in some old Twitter exchanges.

The England and Wales Cricket Board (ECB) recently revealed that they would be conduction a ‘social media review’ of England’s players. The decision was taken after Robinson’s historic racist and sexist posts came to the fore during his Test debut against New Zealand at Lord's. The pacer has been suspended from international cricket pending an inquiry into his controversial tweets.

Speaking ahead of England's three-match T20I series against Sri Lanka, starting in Cardiff on Wednesday, Morgan stated that hasn’t thought much about the controversy since he has no control over it. The England captain explained, "I don't really reflect on it a lot. I find if I call somebody 'sir' on social media, or anywhere around the world, it's a sign of admiration and respect. If that's taken out of context there's nothing I can control or do about it, so I haven't actually looked into it."

Morgan also hinted that Alex Hales' might make a comeback to the England team after all. Hales hasn’t played for England since he was dropped ahead of the 2019 World Cup after testing positive for recreational drugs

Hales was the leading run-scorer in the recent edition of the Big Bash League with 543 runs. He recently smashed an unbeaten 96 off 54 balls for Nottinghamshire against Durham. Speaking about Hales’ possible return, Morgan stated, "I think he does (have a chance of making a comeback). I think when you look at the player that he is and the performances that he puts in around the world, he's a very fine player."

"There are conversations to be had between Alex, myself and the coach, and potentially a few of the players, but trying to get those happening in Covid times has been an issue. But they could happen at some stage," he added. 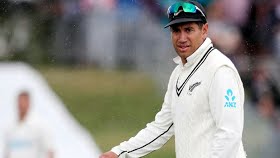