India need to stand tall amidst the ruins

At the end of day four, Rahane and Pujara stand unbeaten, with 309 runs more required for India to go 2-1 up in the four match series. However, India wouldn’t be thinking about winning from hereon, as the much more realistic target would be to bat out the three sessions, as difficult as it may sound given the current circumstances.

India were already hit badly with injuries to Ishant Sharma, Mohammad Shami, Umesh Yadav and KL Rahul, and now Rishabh Pant and Ravindra Jadeja have joined them as well. While Pant is expected to bat, Jadeja is all but out of this series, which means that India are effectively three down at the score of 98, and have a not 100% fit Pant to bat. It would be so easy for India to just give up and say that this series wasn’t meant for them and their stars weren’t aligned. But this team has a lot of character. They know how to show resilience, and was evident when they came back from 36 all out in Adelaide to comfortably beat the hosts in MCG. Almost their entire pace attack is out and the top order has never been more disrupted, but the bench strength stood up to the task and delivered. The likes of Gill and Siraj have shown that they belong to the five day format and are making the most of the opportunities they are getting.

Coming back to the current situation, though there is a mountain to climb, it is something that can be done, and has been done before. It would be good for the batsmen to think of their second innings effort at Adelaide in 2014, where they nearly pulled off one of the biggest heists in test match history. The ask is simple - bat long, but the execution won’t be easy at all as they would be up against the best bowling lineup in the world currently. The troika of Hazlewood, Cummins and Starc is already too hot to handle, add to that the wily Lyon on a day five pitch !

The onus would be on the experienced batters Pujara and Rahane to do the bulk of grinding, as there is not much to look forward to after them. At number five, there is Vihari, who is under a great deal of pressure after meagre returns in the series thus far, and is hanging onto his spot by the slimmest of margins. If he does indeed help India draw out the match, he would have in all likelihood played the innings of his lifetime. There is not much to expect from thereon, as leaving Pant and Jadeja, there is a long tail which hasn’t shown the tendency to hang around let alone make meaningful contributions. So, the task is improbable, and Pujara-Rahane would need to do a Dravid-Laxman if India are to reach Brisbane with the hopes of a series win. 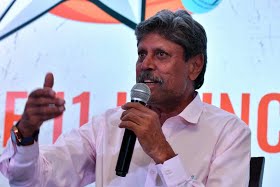